Big and Lavish Weddings that Had Hit The Headlines in 2019 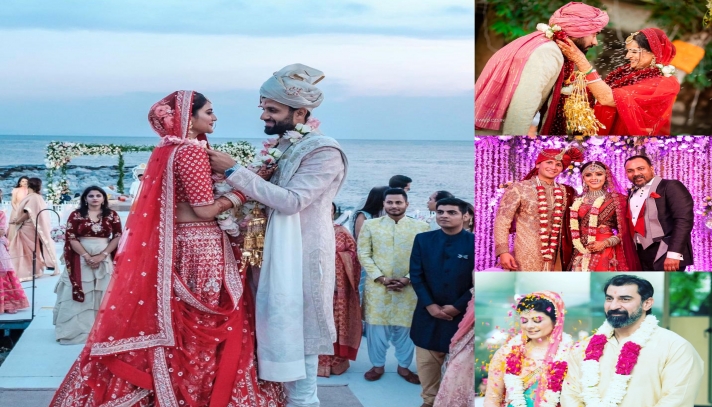 Be it the hush-hush weddings, private ceremonies, larger-than-life extravagance or the rule-breaking nuptials; the celebrity marriages have always captured our interests and left us wanting for more. And more than that, it’s the star couples themselves who have tied the knots and made it to the list. Here is a trip down the memory lane to see the celebrity couples turning into Mr and Mrs in 2019 for the love of their lives.

The year 2019 has been lucky for the quirky and talented television actress Mona Singh to embrace the title of Mrs.  The famous star from the telly land debuted with TV serial ‘Jassi Jaissi Koi Nahin‘ in 2003 and the name became etched in our minds forever. She was earlier rumoured to be going around with actor Vidyut Jammwal. Well, the actress moved over him and joined the doubles club with none other than her South Indian boyfriend Shyam on December 27, 2019. She had a traditional Punjabi wedding with the investment banker. Pooja Batra was another pretty face of the B-town who decided to take the plunge in the year 2019. She had floored everybody with her acting prowess in movies like Nayak, Haseena Maan Jaegee and Virasat. The actress and model was crowned Femina Miss India International and all this got rewinded as she became the Begum of actor Nawab Shah on July 4, 2019. Yes, the sultry actress and ex-wife of Dr Sonu S Ahluwalia who she got married in 2002 got divorced in 2011 and walked the altar once again with Indian film actor Nawab  Shah. The actress had cited irreconcilable differences for filing the divorce with Sonu Ahluwalia. After her failed marriage, she found love once again in actor Nawab and got married in New Delhi in a secret ceremony. 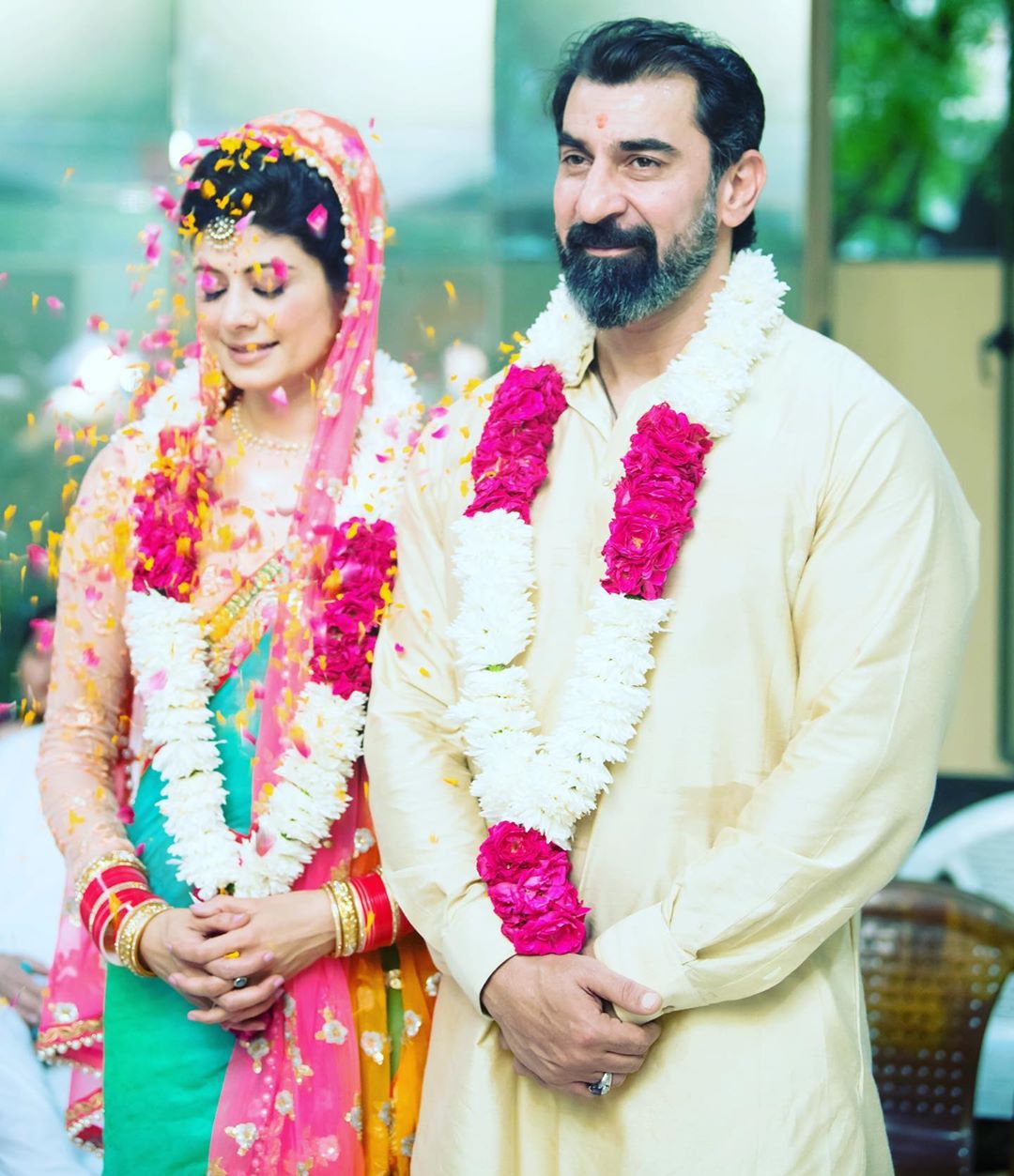 Apart from Bollywood, actress Aarti Chabria is a muse for Punjabi and Kannada films too. Awara Paagal Deewana (2002) and Lajja (2001) actress got hitched to Mauritius-based charted accountant boyfriend Visharad Beedassy in the middle of 2019.  The actress whisked her wedding away in a private ceremony attended by only close family and friends. Before sealing the deal and becoming Mrs Beedassy, Aarti has a promising career with several item numbers and was also awarded the winner of Khatron Ke Khiladi season 4. She got married on June 24, 2019. The only think we wonder is that why the cupid struck so late for the pretty lass. 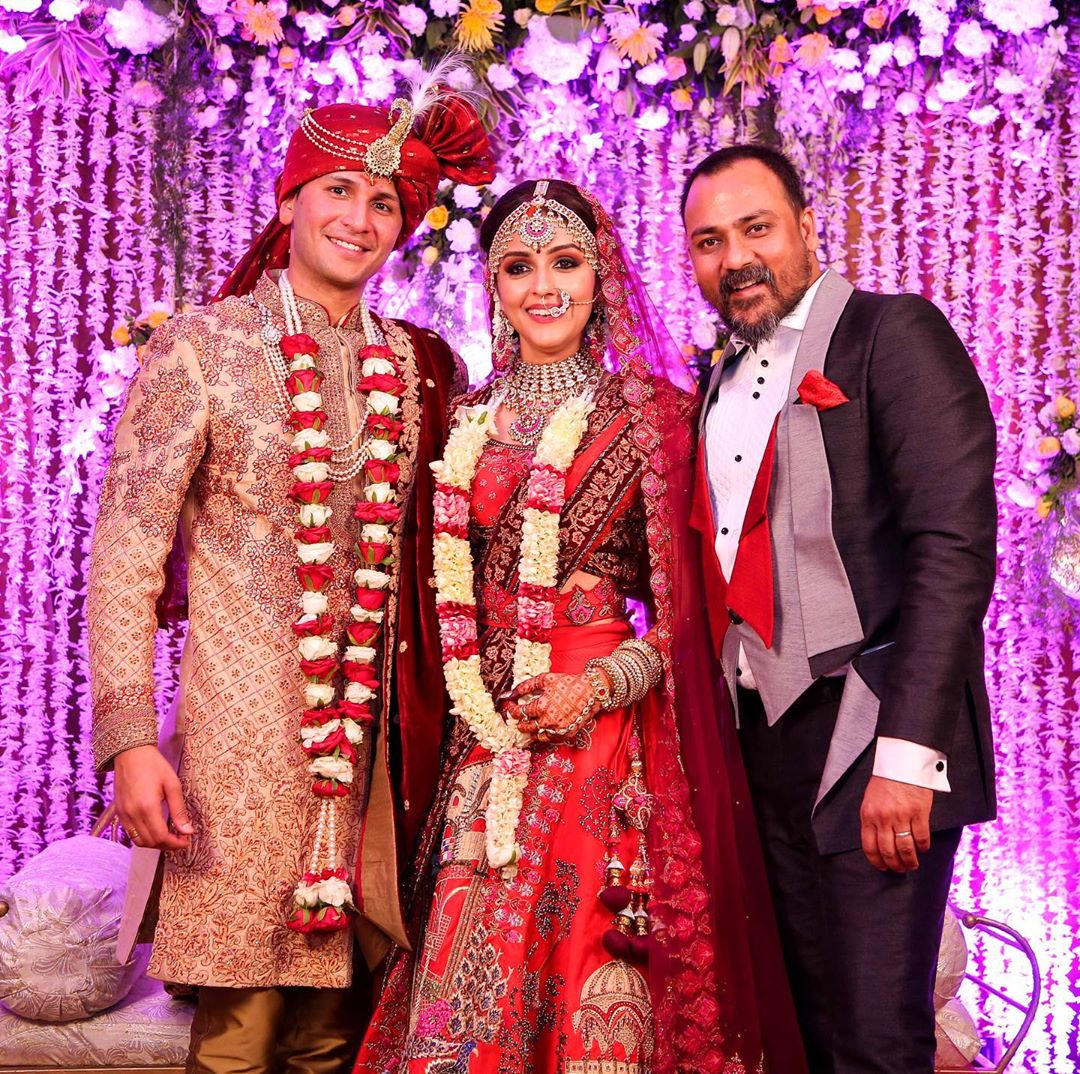 Nusrat Jahan’s wedding with Nikhil kind of became one of the most googled weddings of the year 2019. Well, she might not be as popular a Bollywood actress as her counterparts but Nusrat is a well known face of Bengali movies. As soon as she added another feather to her cap as the Member of Parliament from Basirhat, she started making headlines and so did her interfaith marriage. Nusrat’s was a star-studded wedding in Turkey, Bodrum with businessman Nikhil Jain on June, 19, 2019. The couple hosted a grand reception at a star property in Kolkata on July 4, 2019. The wedding raised lots of controversies and received backlash and so did her selfie stints outside the Parliament. Well, what we can say is that couple caught each other’s eyes and the rest, as they say, is history. 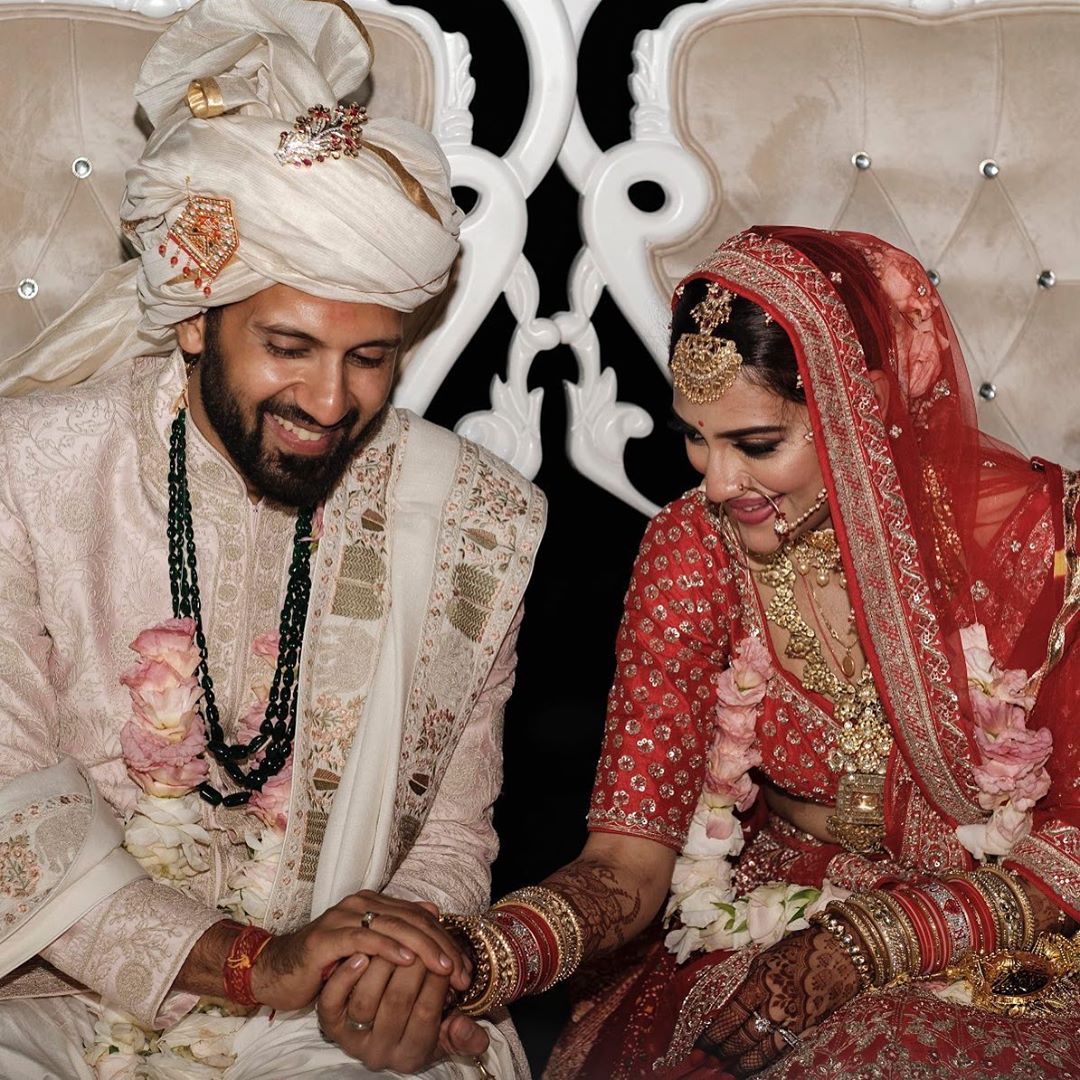 Neeti Mohan and Nihaar Pandya’s was another joyful nuptial of the year 2019.  Nihaar Pandya is a well known personality in Indian celebrity radar who is still famous as Deepika Padukone’s former beau.  Before revisiting his marriage, we would also add that he is the same star who got his debut role in Manikarnika: Queen of Jhansi. The actor got married to Indian playback singer Neeti Mohan on February 16, 2019. The wedding festivities were held at Faluknama’a Palace in Hyderabad. Well, it’s lovely and romantic that the duo chose the season of Valentine to exchange their vows. Prateik Babbar, son of yesteryear actor Raj Babbar is another eligible bachelor to settle down with his loved one in 2019.  He has transformed his long-time relationship with beau Sanya Sagar in an extravagant nuptial held on January 23, 2019.  Sanya Sagar, his wife happens to be BSP leader Pawan Sagar’s daughter who dated Prateik Babbar for 2 years before getting hitched. However, they both have known each other since nine long years. The lovebirds took their relationship to next level in an intimate two-day-long wedding ceremony in Lucknow which happens to be Sanya's hometown too. Ghazal maestro and proud father of two daughters Nayaab and Reva, Pankaj Udhas held wedding shenanigans for his elder daughter, Nayaab Udhas with musician, Ojas Adhia on December 17, 2019, in Mumbai. The wedding and the musical night had who’s who of the music industry. After the intimate wedding ceremony, the family threw a reception party for the couple at a posh hotel in Mumbai. Musicians, businessmen, actors and singers graced the occasion with their presence and blessed the couple to make it a happy affair.

Mahari Choriya Ladko Se Kum Hai Ke?  So, remember the tomboy Babita from ‘Dangal’? Now, we are talking about the real Babita Poghat who decided to spend her life with Vivek Suhag. Yes, the wedding bells for the wrestling champion and younger Poghat sister had rung on December 1, 2019. The rough and tough Babita was looking like a diva on her D-day. She wore a mesemerizing outfit on her mehndi too which was held on November 30, 2019. Surprisingly, the sportswoman had a love story that unfolded when she made her debut on silver screen with Nach Baliye 9 with her finace. Today, she is celebrating the union of her endless love with her significant other. We are more than happy for the talented babe who ringed in her New Year as Mrs. Suhag. As the year ends with high-profile celebrity marriages that has left us awestruck, it’s time for the new love stories which are blooming to get materialized into marriages. Yes, there are a many which are open, a few under the carpet and a few which we know will be surely taken to the next level. Yes, that is how 2020 looks like as far as celebrity weddings are concerned. These are few of the brides and grooms to be that we are expecting to get hitched any time sooner and the fans would be swooning over. Here is the round up.

Well, we keep our fingers crossed for the love, affection and the romantic relationship of the couples who have got married and sitting at the edge of our seats with so much anticipation for those who are looking forward to get hooked forever with their dream partners. Dreamy and Melodious: Sangeet Is When The Wedding Party Begins 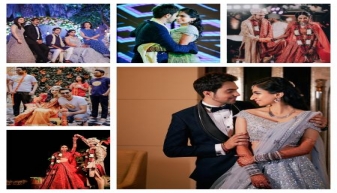 Destination Wedding In The Lap Of Nature In Jim Corbett

Subscribe here to get the latest blog on your email